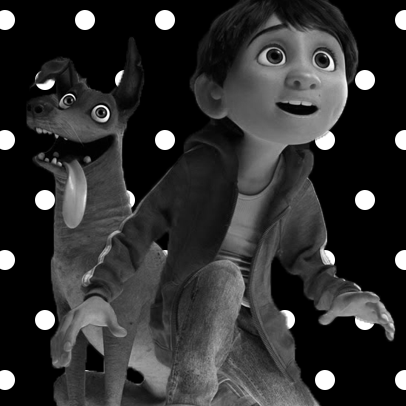 Rosie Best is impressed by the music, visuals and poignancy of Pixar’s latest offering

Singing characters and Pixar don’t usually mix. Indeed, in a 2012 TED talk Andrew Stanton (writer of Finding Nemo, Wall-e and Monsters Inc.) outlined the four principles set out by Pixar’s founding fathers back in 1995: “no ‘I want’ moment, no happy village, no love story” and “no songs”. But Pixar’s latest movie forgoes this last rule in what becomes a timely, memorable and visually stunning love letter to Mexico.

Set in the fictional town of Santa Cecilia, Coco centres on the Rivera family. Several generations ago Imelda Rivera’s husband abandoned her and her young daughter – the eponymous Coco – to pursue a career as a musician. Fast forward to the present day: a deep-seated fear of music has been passed down through several generations to reach aspiring musician, twelve-year-old Miguel. A lifelong admirer of the famous Ernesto de la Cruz, Miguel collects photographs and memorabilia of the singer and learns to play the guitar by watching videos of him. So, when he discovers a torn photo of his great great grandparents – including the family traitor-cum-musician – Miguel assumes that it shows Ernesto. Now resolved to pursue his passion, Miguel decides to reject his family’s dictum, follow his grandfather’s footsteps and go it alone. He enters a talent competition, but when he borrows a guitar from Ernesto’s tomb Miguel finds himself transported to the land of the dead which, with the help of his deceased ancestors, he must escape.

Its visual vibrancy is undeniably one of the most impressive things about Coco. The bright oranges of the Aztec marigolds – scattered around Santa Cecilia on the Dia de los Muertos and forming a breath-taking bridge to the land of the dead – the fluorescent greens of the spirit animals, the blue of the night sky, and the purples and pinks of the characters’ clothing saturate the screen. But the palette is never overwhelming, instead it helps invigorate the cinematic depiction of Mexico which, historically, has been rather bleak. In true Pixar style, the effervescent and continually glowing appearance of land of the dead also helps reframe the concept of death for children: it is strange and otherworldly, yet palatable and intriguing.

The songs in Coco only echo its visual vibrancy. The incredibly catchy Remember Me (written by Frozen’s Kristen Anderson-Lopez and Robert Lopez) recurs in various different styles, but the songs sung by fourteen-year-old Anthony Gonzalez are the most notable. ‘Un Poco Loco’ and ‘The World Es Mi Familia’ – both composed by Germaine Franco and Adrian Molina – slip effortlessly between Spanish and English in a way that engages and draws in English-speaking listeners, rather than going over their heads. Miguel sings “music is my language”, and this is surely true for Coco: it celebrates the dominant language of Mexico – its sounds and musicality – as well as its creative compatibility with English.

The only real thing that let Coco down was its plot twist. Having watched (and rewatched) a lot of Pixar movies I was, admittedly, on the lookout for clues foreshadowing such a twist, but when it came around Coco’s paled in comparison to the genuinely surprising revelation of Charles F. Muntz’s true motives in Up, or Lotso’s evil in Toy Story 3. Was it just me or was the match between the photographed guitar and that of Ernesto de la Cruz a little too close? Wasn’t the familial chemistry between Hector (a scruffy-looking skeleton who claims he once knew Ernesto de la Cruz) and Miguel kind of obvious?

The opening of the movie was also somewhat long-winded when compared to the elegant musical introduction to Up, but perhaps it was necessary to explain potentially unfamiliar concepts such as the Dia de los Muertos and the Ofrenda to young audiences.

When you stand back from Coco its overarching theme pertains – like so many of the studio’s movies – to universal questions about the human condition (bear with me). Almost all of the film’s characters are troubled by what it means to remember or be remembered, and there is an ongoing debate about who is worthy of remembrance. This focus is reflected in the fact that the movie is named after and hinges on a character whose memory is failing.

Complex ideas about legacy accompany these questions and Miguel, like many of us, wonders how he can ensure that his legacy continues beyond his own lifetime. However, through the figure of the not-actually-disloyal Rivera ancestor, the film touches upon a common concern: that an individual may not, in fact, have total control over their own legacy – that they may not be remembered in the way they wish to be. In recent years, Disney themselves have confronted this same issue. But, with a catalogue of increasingly diverse characters, the studio is clearly attempting to seize control of their legacy and reshape it. Indeed, Coco will play an important part in helping the studio achieve this.

iThere are no comments

Begin typing your search above and press return to search. Press Esc to cancel.